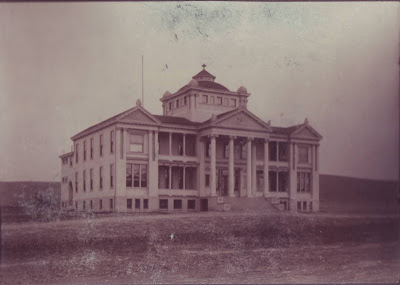 As Los Angeles experienced its first large-scale development boom, known as the "Boom of the Eighties", between 1886 and 1888, Boyle Heights was part of the hysteria. Though founded by William H. Workman, Isaias W. Hellman and John Lazzarovich in 1875, the community stagnated for a decade following the collapse of the city's first growth spurt during the first half of the Seventies. The economic downturn from 1876 and afterward was hastened by the collapse of the bank co-owned by Workman's uncle and namesake, San Gabriel Valley rancher William Workman, and Workman's son-in-law, F. P. F. Temple.


The completion of the Santa Fe Railroad line to Los Angeles in 1885 was a major factor in unleashing the "Boom of the Eighties." As new residents poured into the city, Boyle Heights experienced an explosion of the construction of residences, commercial structures and even an institution of higher learning.


On 20 April 1887, a group of clery and laypersons from the city's Presbyterian population received its articles of incorporation from the State of California for "The Occidental University of Los Angeles, California." The site chosen for the school was at the southern end of what was then considered part of Boyle Heights off Rowan Street (named, incidentally, for banker, county treasurer, county supervisor and Los Angeles mayor Thomas E. Rowan), but which later became part of East Los Angeles, a name formerly applied to Lincoln Heights. On 20 September, the cornerstone was laid for the sole college structure and construction commenced.


A year later, in October 1888, instruction began for the first crop of Oxy students, composed of twenty-seven men and thirteen women, who paid $50 tuition per year. Five years later, the college celebrated the matriculation of its first graduates: Maud E. Bell and Martha J. Thompson. Another landmark occurred in 1895 when Oxy played its first football game against arch-rival Pomona College, a contest won by the Tigers, 16-0.

By then, however, the development boom turned into a spectacular bust. Los Angeles not only receded into recession, it followed the rest of the United States into an extended depression for most of the 1890s. Locally, the misery was compounded by a devastating series of droughts during the decade.


Finally, the college experienced its own major disaster. On 13 January 1896, a fire destroyed the sole structure at the institution, which then moved temporarily to 7th and Hill streets in downtown Los Angeles. A new campus was built and occupied in 1898 at Highland Park. The photo above, courtesy of the Workman and Temple Family Homestad Museum, was taken in March 1900 at the site on Pasadena Avenue (now Figueroa Street) near Avenues 51 and 52. After over a decade there, another move was made, this time to Eagle Rock, where the current campus was situated in 1912.


As for the Boyle Heights (now East Los Angeles) location, it later became, in 1912, Rowan Avenue Elementary School at 600 S. Rowan Avenue, a short distance south of the Pomona Freeway (SR60). Next year, the school will celebrate its centennial. Meanwhile, there is a plaque commemorating the site as the first location of Occidental College.